Skiing in the Desert

After a final night in Mammoth and a 6 hour drive through Nevada planned for the next day, I didn't expect to be putting my skis back on before flying out the USA. The scenic route back to Las Vegas was pretty interesting and showcased some of the best weirdness that America has to offer. But the highlight was definitely Death Valley. I was expecting a straight road through a flat desert, which it did deliver but on top of that it turns out theres a visitors centre, a big sign and some badass sand dunes. 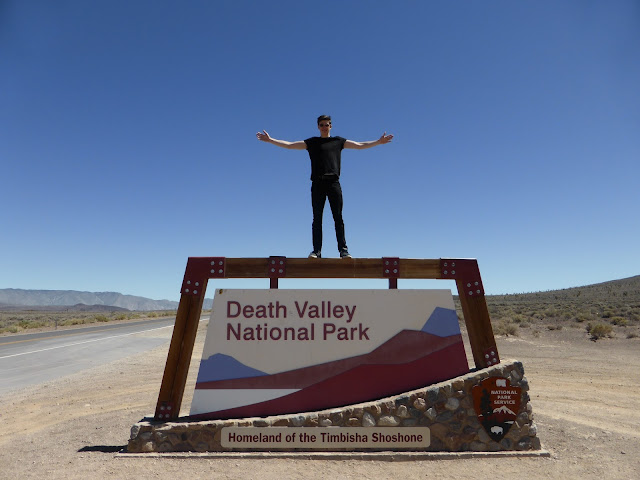 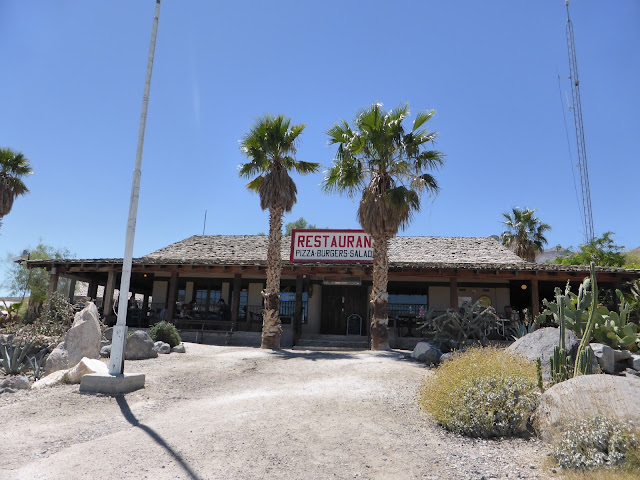 After speaking to a local in the visitors centre, we decided to stop off at the sand dunes which were about 5km up the road. We parked up and check them out. Walking for about 15 minutes I looked up at a couple of steep faces and decided it would be possible to ski down them. Our ski stuff was packed up in the car. After that the thought was in our heads and it had to be done. 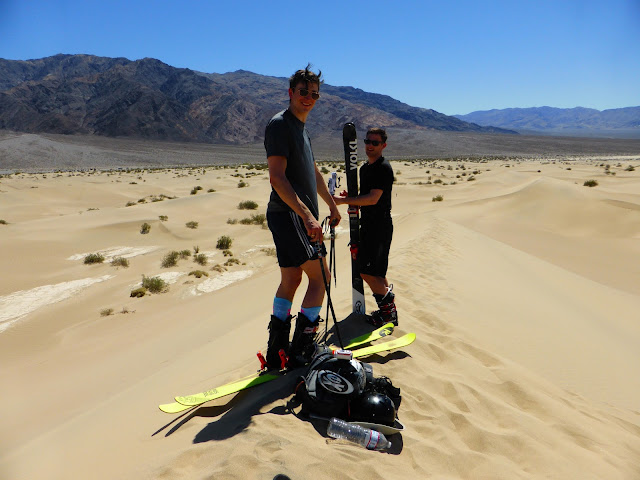 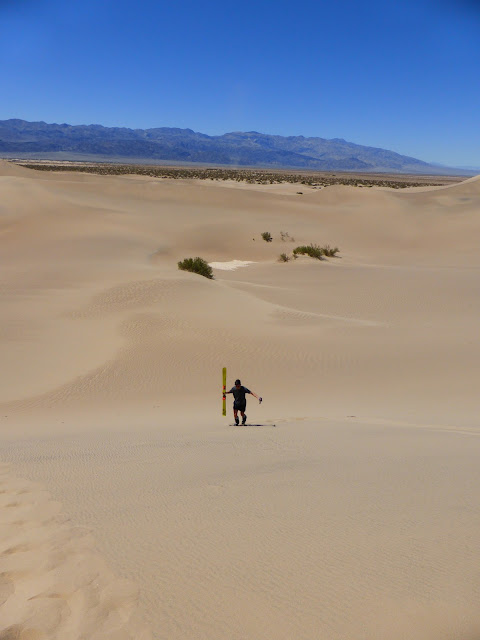 With just myself and James Machon driving, we lacked a photographer. However, there were a few people nearby. As we reached the top of our hike a man appeared walking over the dunes. Unbelievably, he was an Austrian artist and skier on his way to L.A! We got talking and he was stoked to take some pictures of our efforts. Cheers Clemens Hubinger!! 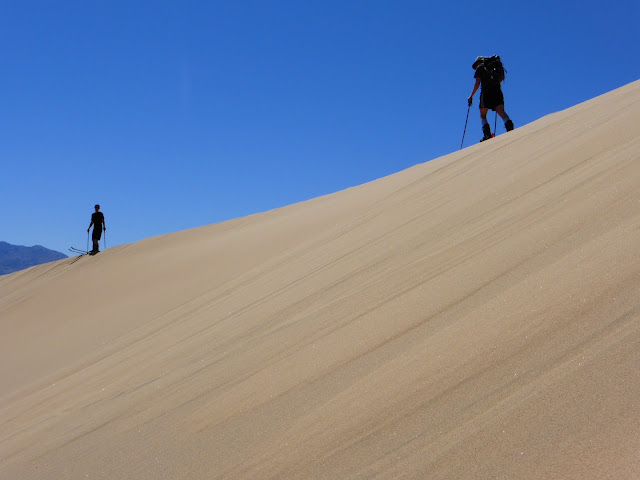 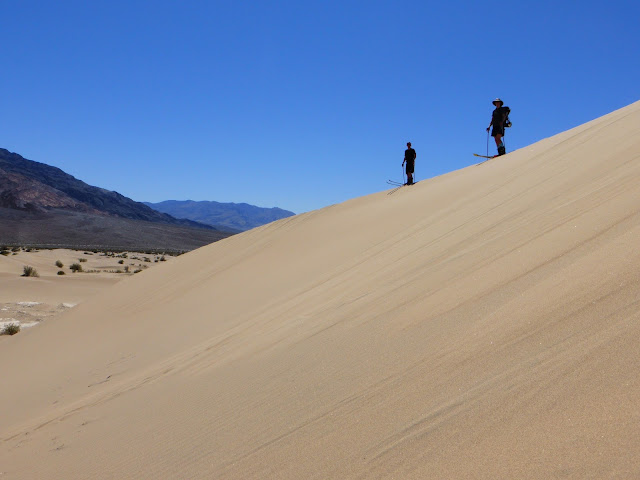 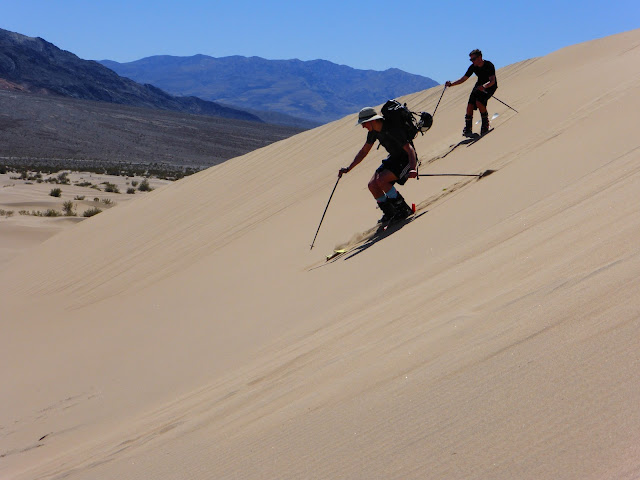 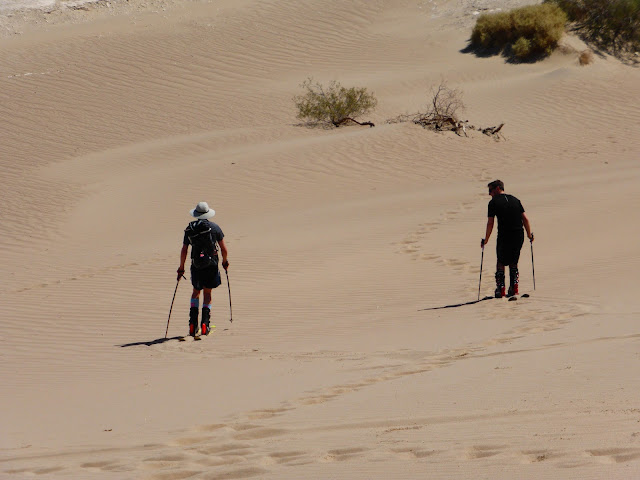 After a couple of runs we hiked back and repacked the car. Two hours in 35 degree heat had took its toll but it was worth it. A quick trip back to the visitors centre to restock supplies and we set off for Vegas. Winter 2015/16 officially over. 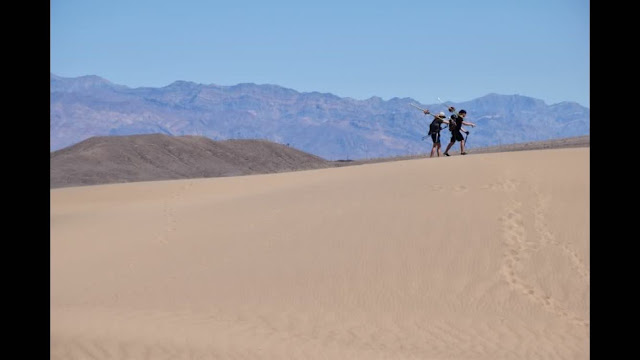